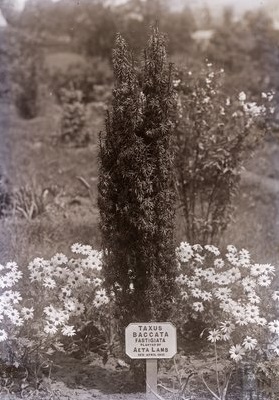 Aeta was born in 1886 in Demerara, British Guiana, where her father was working as a botanist. He named her after a palm he had discovered.

When she was five, her father died and her mother Adelaide, the daughter of a general, took Aeta and her two siblings back to England. Aeta went briefly to Notting Hill High School.

Aeta joined the WSPU in 1906, at the age of nineteen. She worked in their information department, writing some of Christabel Pankhurst's speeches. She was first arrested in 1906 at a protest at Westminster but was not imprisoned until 1907 when she served a week in Holloway and then a month in 1908. During this period, she worked with Emmeline Pankhurst canvassing at by-elections in Staffordshire, Bury St Edmunds, Herefordshire, Pudsey and Devon as well as a number of Scottish cities. Presumably her rhetoric skills made her valuable at these campaigns.

Thin, pale and shy, Sylvia Pankhurst described Aeta as resembling 'a disembodied spirit.' Fastidious and 'a solitary soul', Aeta had a horror of crowds which must have made her work as a campaigner difficult. She preferred her work at Headquarters.

In 1907, she joined Annie Kenney who had set up a WSPU office in Bristol and got to know the Blathwayt family. Aeta was the first suffragette to visit Eagle House. Emily Blathwayt's diary records that Aeta did not approve of the WSPU's increasing violence. However, she stayed loyal to the movement. She returned to Clement's Inn, the Suffragette's London HQ where she worked from 1908 until 1914. In 1912, Aeta was working with Cicely Hale and two other in the Information Department when the building was raided. They were loaned premises in Chelsea but that too was raided.

She worked in war depots in World War I, but found it difficult to find employment after the war ended. She borrowed money to take a cookery course but was told by her teacher that she was entirely unsuitable for domestic work.  She died in London of cancer in 1928, aged 42.

'A terrible ordeal being ridden down by mounted police.' Aeta's first arrest in 1906.