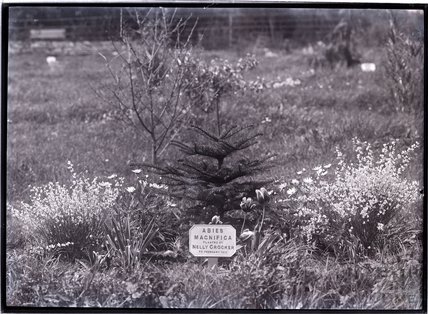 Nelly (Ellen) was born in Stogumber, Somerset in 1872, a cousin of Emmeline and Dorothy Pethick. She was the daughter of a doctor and had at least one sister, Emma.

Nelly joined the WSPU in 1907 and spoke at the Hyde Park rally in 1908. She was appointed as WSPU organiser for Yorkshire, based in Sheffield. In 1909, Nelly became WSPU organiser in Nottingham. She was first arrested in this year, taking up her post directly from a hunger strike. She was next arrested on Black Friday in November 1910. On 4 March 1912, Nelly Crocker attacked a post office in Sloane Square, London, smashing its windows. A policeman had followed her and her two conspirators from the Gardenia restaurant in Covent Garden.  It was her eight arrest.

Nelly recalled that during one of her imprisonments, there were two books in her cell, The Bible and one entitled A Happy Home and How to Keep It. On another occasion, she upbraided the prison Governor for keeping his hat on when talking to her. She also took the part of Fear in Vera Wentworth’s play, An Allegory, when it was staged in Holloway.

Nelly recalled the hustling and jostling of the Westminster protests and how Mary Leigh was so skilled in ju-jitsu it took six policemen to arrest her. She was involved in seven by-elections, organising WSPU interventions. She recalled a by election in Nottinghamshire where “our good driver armed himself with a large iron rod which he placed under his seat to protect himself.”

Nelly left Nottingham and the WSPU in 1912, probably after her Pethick relatives resigned over the increasing use of violence.

Nelly was a speaker at the first WSPU Bath and an early visitor to Eagle House although she did not plant a tree, and Abies Magnifica until 7 February 1911.

In 1949, Nelly wrote an account of her suffragette activities and presented them to Girton College, Cambridge. She was a member of Suffragette Fellowship and left them the residue of her estate in her will. She lived in Maida Vale, London and died in 1962. Val Wood (2018) Writing Suffrage in Edwardian Nottingham, Women's Writing, provides an account of Nelly Crocker and fellow Nottingham activist, Helen Watt’s, work.

“Modern Young Women seem unaware of the price paid for their political and social emancipation and modern historians have greatly ignored the struggle”.Nelly Crocker in her memoirs, 1949.