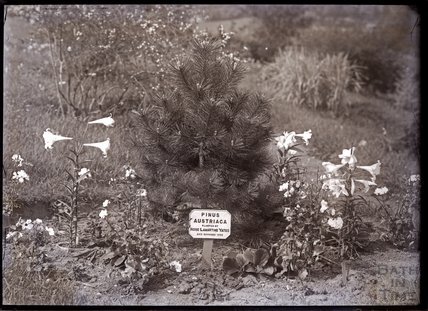 Rose Emma Janau was born on 23 February 1875 in Dalyell Road, Lambeth. Both her parents were French. Her father was a language teacher and she had two elder siblings. She went to school in Clapham and Truro and later studied in Kassel in Germany and the Sorbonne in Paris. In 1896, she was at the Royal Holloway and Bedford college studying Modern Languages and Philology. She passed the final honours exam at Oxford in 1899. She studied for a while with Emily Wilding Davison.

In 1900, Rose married Thomas Lamartine Yates, a Chancery Lane Solicitor. He was a widower, twenty six years her senior. In 1908, their only child, Paul, was born.

Rose and Thomas were keen cyclists and in 1907, Rose was elected to the governing council of the Cyclist's Touring Club.

In 1908, Rose joined the Wimbledon branch of the WSPU. She was first arrested on 23 February 1909 at a protest in Westminster and sentenced to a month's imprisonment. Rose was criticised in a poem published in Punch for abandoning her baby. However her decision to protest - and be imprisoned - was supported by her husband who defended her at her trial. Thomas was arrested himself at a suffragette protest in 1911 and he also acted as legal counsel to several suffragettes, including the family of Emily Wilding Davison at the inquest into her death.  Rose was at Emily's bedside when she died.

By 1910, Rose was organiser of a flourishing Wimbledon branch of the WSPU and her home in Merton became, like Eagle House, a refuge for women recovering from imprisonment. She was an enthusiastic gardener, joining the Royal Horticultural Society and planted a section of her garden in Suffragette colours.

Rose disagreed with the Pankhurst leadership's decision to suspend suffragette activities on the outbreak of WWI in 1914. She formed a breakaway group which continued to campaign, albeit with limited success.

Rose planted a Pinus Austriaca (Austrian Pine) on 30 October 1909. It is the only tree in Annie's Arboretum which is still standing.

In the election of 1918, the first in which women voted, Rose was adopted as Labour candidate for Wimbledon. However, she withdrew her candidacy before the election. In 1919, she was elected to the Greater London Council as an Independent. She campaigned for equal pay and the provision of nursery education. She was also involved in the establishment of Britain's first cycle lane, in Merton.

Rose was instrumental in creating a suffragette archive, opening the Women's Record House in London in 1939. This was bombed during World War II but the surviving documents are now in the Suffragette Fellowship collection at the Museum of London. Rose died on 5 November, 1954.

'I have a little son, eight month’s old, and his father and I decided after calm consideration, that when the boy grew up he might ask “What did you do, Mother, in the days of women’s agitation, to lay grievances before the Prime Minister,” and I should blush if I had to say I had made no attempt to go to the Prime Minister.’ Rose Lamartine Yates on her arrest in 1909.