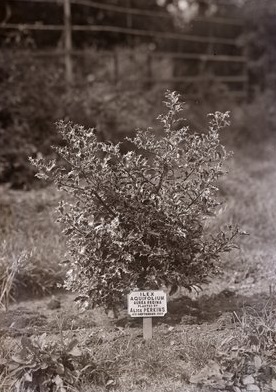 Alice Jane Gray Perkins was born in Schenectady (USA) on 28 August 1865 to Anne Dunbar Potts Perkins and Maurice Perkins, who was Professor of Chemistry at Union College. Her mother is remembered for her letters which record the college's history. Alice was one of three children.

In 1895, she opened a local school, which was, however, short lived and Alice went to Barnard College to study science and maths. She was awarded a masters degree in 1899.

Alice taught history at the Nightingale-Bamford School in New York. In 1907, she published The Life of the Honourable Mrs Norton using the name Jane Grey Perkins. Caroline Norton was a novelist and poet. After her marriage broke down her husband attempted to sue Lord Melbourne (then Prime Minister) for adultery with his wife. He also took custody of their children. Caroline became a social reformer, her efforts resulting in  new legislation around women's property and custody of children.

We do not know a great deal about Alice's suffrage work. There is a reference to a Miss Alice Perkins in the Pelham Sun. Pelham is a town in New York State. of 28 January 1911. This Miss Perkins is described as 'also a member of the English WSPU'. The article describes a large audience listening to Miss Perkins' arguing that militancy is a pragmatic way to deal with the suffrage issue.

However, Alice is probably best known as a historian of suffrage and women's campaigners. An edition of The Masses magazine contains an advertisement for The Women's Political World, containing a history of the Woman's Suffrage Movement in the United States by Jane Grey Perkins.

Alice co-wrote Frances Wright: Free Enquirer with Theresa Wolfson who was prominent in the American workers education movement. The book was published in 1939. Frances Wright was a nineteenth century abolitionist and feminist who called for birth control and sexual freedom for women.

'We think we have enough popular approval. The real need is to put that popular approval to the practical test. Hence with the militants, the question is not, 'Do you believe in the suffrage for women?' but 'Are you going to give it?' Alice Perkins, quoted in the Pelham Sun, January 1911.