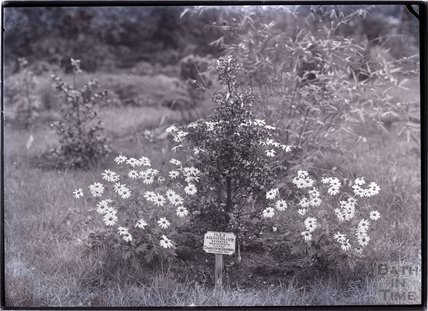 Charlotte French was born in Ripple, Kent on 15 June 1844. She was the daughter of an Irish captain in the Royal Navy. Her father died when she was ten and her mother was institutionalised in a mental asylum. Charlotte moved to London to live with relatives.

After finishing school, she toured the continent with her sisters. In 1870, she married Maximilian Despard. The marriage was a happy one. Maximilian supported his wife’s literary pursuits and Charlotte wrote ten novels, seven of which were published, between 1874 and 1890. Charlotte was distraught after her husband’s death when she was 46.

A wealthy, childless widow, Charlotte took up charitable works. She set up health clinics, youth and working men’s clubs and organised soup kitchens in Battersea, living above one of her ‘welfare shops’ in Nine Elms. She also converted to Roman Catholicism.

She became friends with Eleanor Marx and was a delegate to the Second International. She also supported the Independent Labour Party, forging links with George Lansbury and Keir Hardy. A pacifist, she campaigned against the Boer War.

Charlotte joined the NUWSS but was attracted to the more radical WSPU which she joined in 1906 at the age of 62. She was imprisoned twice in Holloway. This however, was short lived. She opposed the Pankhursts’ move to create a more autocratic leadership in 1907, and, along with a group of influential suffragettes, left to create the Women’s Freedom League (WFL) which had a membership of around 4,000 in sixty branches across Britain.

Charlotte developed a number of passive resistance techniques, including women chaining themselves to railings and established the tax resistance campaign. As a result of not paying taxes, Charlotte’s furniture was seized. She met Gandhi in 1909 who influenced her passive resistance techniques. Around 100 WFL members were jailed, but their protests were non-violent, and they opposed the WSPU’s increasingly violent techniques, particularly arson. In 1908, Charlotte formed the Irish Women’s Franchise League.

During World War I, along with Kate Harvey, Charlotte worked with refugee women and children. As a pacifist, she refused to support the war, to the embarrassment of her brother John, who was a Field Marshal and Chief of the General Staff, touring the country to speak against conscription. In 1918, she was selected as the Labour candidate for Battersea North but was defeated on account of her pacifist views.

Charlotte planted her tree in Eagle House on 17 January 1911.

After World War I, Charlotte moved to Ireland, and worked with Maud Gonne and others to support Republican prisoners, to the embarrassment of her brother who was now Lord Lieutenant. She was classified as a dangerous subversive in 1927, at the age of 83.

In the 1930s, Charlotte toured the Soviet Union which resulted in her joining the Communist Party. In 1933, her home in Dublin was burned down by anti-communists.

“I have seen great days, but this is the greatest. I remember when we started twenty-one years ago, with empty coffers… I never believed that equal votes would come in my lifetime. But when an impossible dream comes true, we must go on to another. The true unity of men and women is one such dream. The end of war, of famine - they are all impossible dreams, but the dream must be dreamed until it takes a spiritual hold.” Charlotte Despard, on women winning the vote.