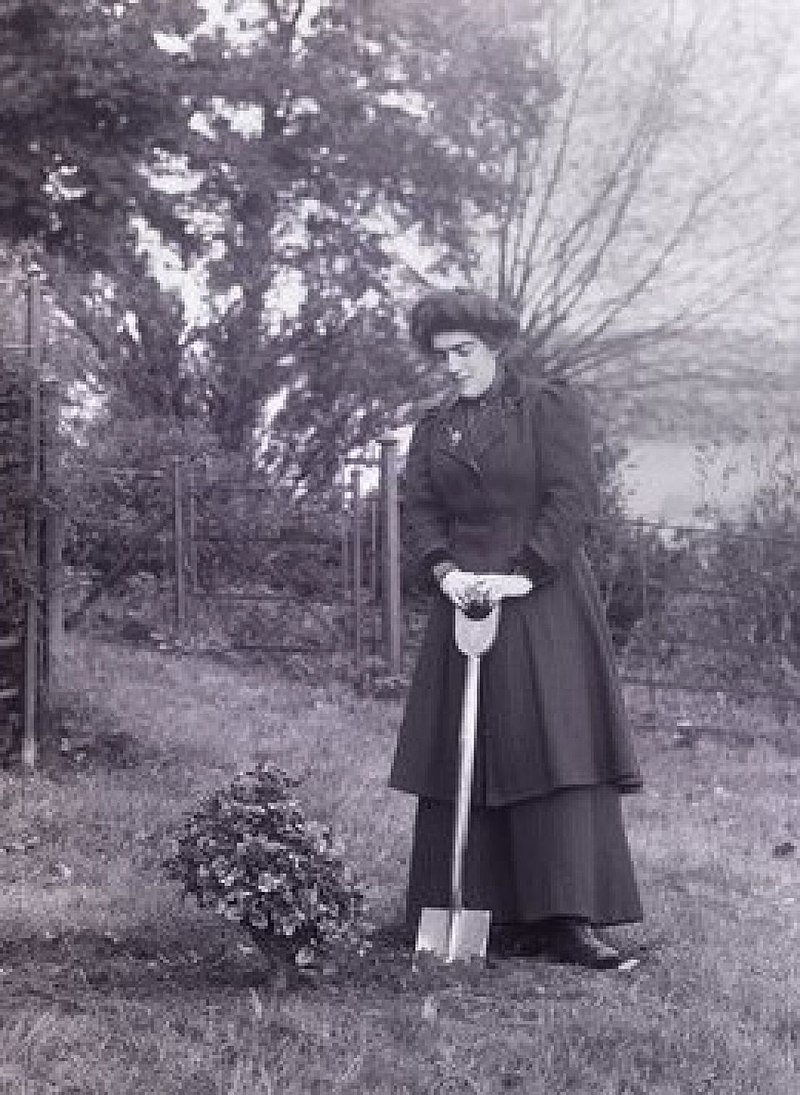 Isabel Marion Seymour was born in 1882 in Middlesex. Her parents were Philip and Mary Seymour.

Isabel was a friend of prominent suffragists Frederick and Emmeline Pethick Lawrence, who introduced her to the WSPU. The organisation employed Isabel in an administrative role at their headquarters in Clement’s Inn. As Hospitality Secretary, she arranged accommodation for women visiting London on WSPU business. Later, she took over from Jessie Kenney as Prisoners’ Secretary which included arranging bail for women who were arrested, sending hampers to women on remand, and reassuring worried parents. A German speaker, Isabel also toured Germany, Austria, Belgium, Canada and Russia, speaking about Votes for Women.

Isabel is listed on the Roll of Honour of women imprisoned between 1905-1914, compiled by the Suffragette Fellowship. However, details of her imprisonment are not known.

Isabel moved to Canada for eight years. When she later returned to the UK, she became a councillor in Hampshire. She lived in Winchester and later Wallingford.

“As [Helen was] sentenced to the second division I am afraid it would be impossible to send her your letter. The only way you could get any news in…would be by writing to the Governor…[she ] will not be allowed to receive any newspapers or flowers or anything else, but if you were to send books…she would probably get them…You might get a permit to see Miss Watts from the Home Secretary…[She] will be out on March 24th.” Isabel Seymour to the mother of Helen Watts, acting as Prisoner’s Secretary, February 1909.