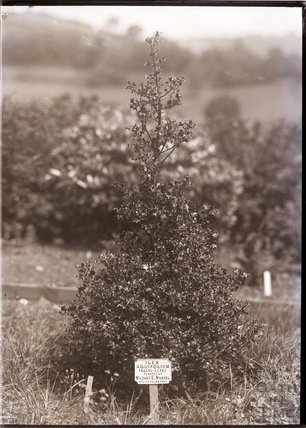 Mildred Ella Guest was born in Roehampton in 1868. She was the daughter of suffragette Adeline Chapman and the cousin of Ivor Guest, MP who was Liberal Chief Whip. Her uncle was Lord Wimbourne. In 1888, at St George’s Hanover Square, she married Colonel John Delalynde Mansel of Bayford Lodge, Wincanton and had two daughters and a son. She was a friend of Constance Lytton.

As the daughter of a supporter of women’s suffrage, it seems likely that Mildred was an activist at an early age. She was arrested in 1909, at the age of 41, during the Bill of Rights march, alongside her friend Evelina Haverfield, attempting to present a petition to Prime Minister Herbert Asquith in the House of Commons.  The Western Gazette reported the ‘Martyrdom of two West Country Amazons.’

In 1910, Mildred set up a Yeovil branch of the WSPU and also acted as Honorary Secretary of the WSPU in Bath, alongside Mary Blathwayt. At a debate in Sherbourne in 1909, Mildred proposed the motion that women’s suffrage should be granted. The resolution was carried, with a local rector complaining that not a single man had risen to support the motion, adding that he would also like to see women in the pulpit. Later that year, Mildred may have been present at a trickier event in Yeovil when hecklers interrupted the meeting shouting ‘Go Home and Mend Your Stockings’ and ‘Blokes for Women.’

In 1911, Mildred rented 12 Landsdown Crescent in Bath. She hid there during census night with 35 women in an effort to hide from the Enumerator. However, the census records Mildred as present and someone – possibly Mildred herself -  has written No Vote No Census (Cheers!) across the form. The evaders included Mary Blathwayt who recorded in her diary that the night's entertainment included a recital on the violin and piano and a lecture on clairvoyance.

In November 1911, Mildred smashed two windows in the War office and was sentenced to seven days in Holloway. Her Belgravia flat was raided by the police. In 1914, after the Governor of Holloway was ambushed and horsewhipped by suffragettes, Mildred gave an interview warning society women who entertained cabinet ministers that they “must take the consequences if they continue to harbour officials.” This was despite her family’s own political connections.

Mildred planted an Ilex Aquifolium - Fructu-Luteo Holly on 21 October 1910. The plaque survived and is in the Roman Baths Museum.

During the First World War, Mildred’s two daughters, Marcia and Juliet, who called her ‘Mully’ became nurses and their diaries and letters provide an account of their work. Marcia’s first husband died in service in 1914 and in 1920, she married a Frenchman who was world show-jumping champion. Juliet became an actress and also nursed during World War II.

Mildred founded the Mid Somerset Musical Competitive Festival in 1934 and was Honorary Secretary of the British Confederation of the Arts. Her husband Col. John Delalynde Mansel died while out hunting in Dec 1915. Mildred died at Morley's Croft, Binsted, Arundel, Sussex on 11th March 1942. Her death was registered in Poole.