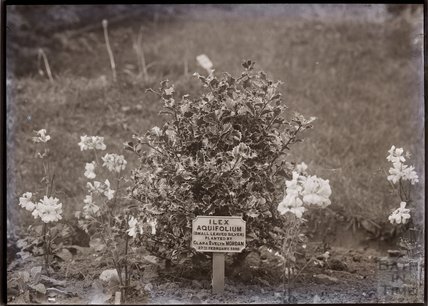 Clara was born in South Kensington, London on 28 September 1844 to Augustus and Elizabeth Jane Mordan. Her grandfather invented the propelling pencil and her father took over this business. She had one sister, Ada. Her mother died and her father married Anne Boyce, the sister of artists George and Joanna Boyce, in 1852 and they had a son, Edgar.

Clara was engaged to be married and also became interested in women’s rights, inspired by a lecture of John Stuart Mill. Unusually for a young single woman, Clara established her own household. At her father’s death in 1901, she became a wealthy woman, inheriting £117,000.

Clara joined the Women’s Suffrage Society and the Central Society for Women’s Suffrage, serving on their executives and becoming a generous donor. She also became interested in improving women’s education. At this period, women were not able to be awarded degrees, although they were able to study at some colleges. Clara funded a scholarship at St Hugh’s College, Oxford, with a proviso that no vivisection must be used in research. St Hugh’s was where Emily Wilding Davison had studied. Her relationship with St Hugh’s continued and she funded a new building in 1913. The college named their Library Mordan Hall after Clara who look a great interest in her scholarship recipients, following their activities and inviting them to stay with her in London. Some of her scholars took part in WSPU processions.

In 1906, Clara joined the WSPU, inspired by a speech by Annie Kenney at Caxton Hall and became the first donor of the WSPU campaign fund, sending in £20, after which Annie went to see her to thank her. Clara spoke herself at events ‘with wit and humour’, including in Bristol and Plymouth (Annie Kenney was West of England Organiser and took part in protests, although as a sufferer of tuberculosis, she was not able to take part in any protests that might lead to imprisonment. On 1906, she was part of a delegation that besieged Asquith in his home – he had to slip out via the stables.

She also funded a WSPU art exhibition in 1909 and on 14 January of that year presented Emmeline Pankhurst with an amethyst, emerald and pearl necklace after the latter was released from prison. Clara was also a member of the Tax Resistance League and the Church League for Women’s Suffrage.

'The ladies of the union were able to go through any number of contested elections, and worked hard from night until morning, without appearing in any degree the worse for it.' Clara Mordan @ 1908