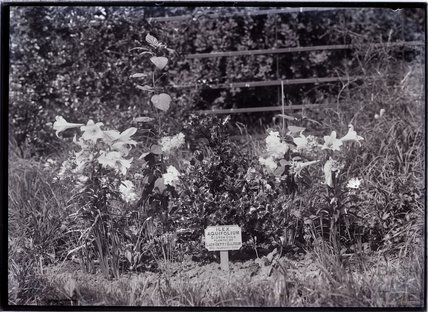 Lady Elizabeth Edith Bulwer-Lytton was born on 12 June 1867. She was the daughter of Robert Bulwer-Lytton, a poet and diplomat, and his wife Edith Villiers, a lady in waiting to Queen Victoria. Betty was one of seven children. Her sister Constance, two years her junior, was also a suffragette. Another sister, Emily, married the architect Edwin Lutyens.

Their paternal grandfather, Lord Bulwer-Lytton (born at Heydon Hall, Norfolk) was an MP and successful novelist, penning the opening line 'it was a dark and stormy night.'

During her childhood, Betty's father was posted to Lisbon, Madrid and Vienna before, in 1876, being appointed as Viceroy of India. In 1880, he resigned the position and was created Earl of Lytton. Betty was henceforth known as Lady Betty. Her father later served as Ambassador to Paris. Constance Lytton's biographer, Lyndsey Jenkins. describes how Betty was her father's travelling companion and favourite. The 'charming, gracious and confident' Betty took on much of her mother's hostess duties.

In 1887, Betty married Gerald Balfour, a  Scottish aristocrat and Conservative MP. He was brother to the future Prime Minister Arthur Balfour and a nephew of Prime Minister Lord Salisbury. Betty's sister in law, Lady Frances Balfour, was also a suffrage activist.

Gerald also had a keen interest in psychic research. He served served as Chief Secretary of Ireland and President of the Board of Trade. Shortly after her marriage Betty wrote a history of her father's administration in India. In 1891, her father died. Oscar Wilde later dedicated Lady Windermere's Fan to his memory.

From 1901, Gerald and Betty lived in Woking, Surrey. They had five daughters and one son. Her youngest daughter was born in 1912, whilst she was an active suffrage campaigner.

In 1909, Betty joined the Conservative and Unionist Women's Franchise Association (CUWFA) which had been formed the year before. It had close links to the moderate NUWSS.  Betty became president of its Edinburgh branch. She was also vice-president of the International Women's Franchise Club

In 1910, after the failure of the Conciliation Bill, Betty spoke on CUWFA platform's across Britain, including Kendal, Penzance, Gloucester and Ulster. The Bath Chronicle ran an article on the dresses worn by CUWFA attendees. Betty was reported as wearing black velvet, with delicate lace at her throat and wrists and a large black toque. Her speaking commitments remained heavy. In November 1913, she spoke in Worcestershire, Lancashire, Cheshire, Shropshire, Staffordshire and Gloucestershire.

Diplomatic, peace-making and warm hearted, Betty remained on good terms with her sister Constance and her colleagues in the WSPU. The Kenney papers include letters from Betty and in 1911, she chaired a meeting in Nairn where Emmeline Pankhurst spoke. However, she would not condone violence and when a medieval church was burned down by suffragettes in East Lothian, Betty raised funds for its reconstruction.

In 1925, Betty edited Letters of Constance Lytton. In 1930, Gerald succeeded his brother and Betty became the Countess of Balfour. She died in 1942.

[Woman is] 'the complement of man, not his subject...No weakness about her, no fear, no surrender, no pettiness." Betty Balfour in The Review