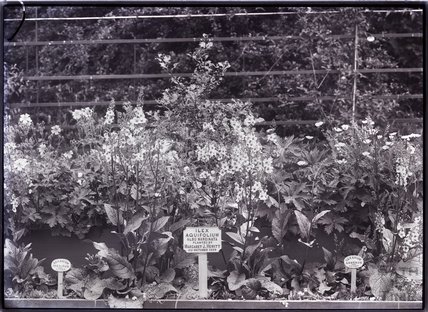 We know very little about Margaret Hewitt. She was active in the North West, acting as WSPU organiser in Preston, Chorley and St Anne's and is listed with addresses in both Preston and St Anne's. In April 1910, Votes for Women reported she was organising a self-denial week and arranging for local members to attend a rally in the Albert Hall.

However, it is possible she started her activism in Manchester, as Votes for Women of July 1908 records her presenting a visiting Minister, Lord Carrington, with a copy of the newspaper as he alighted from his train. Lord Carrington asked Margaret to 'Send it to me by post, dear girl!'

In the same month, Margaret was congratulated for her success campaigning in Altrincham, a difficult suburban neighbourhood and served as 'Chief of the Collecting Stewards' at a large demonstration in Heaton Park.

Diane Atkinson, in her book Rise Up Women! The Remarkable Lives of the Suffragettes gives a glimpse into one moment of activism, recording how Margaret was in Preston in December 1909  working with local suffragettes ahead of a visit by Winston Churchill. The night before his arrival, suffragettes put up posters at venues around the town. A rock was thrown through a post office window. A group tried to attend Churchill’s meeting, sneaking through a strong security cordon, and were arrested.  During their court hearing, the brother of one of the women, Edith Rigby, pointed at Margaret Hewitt, sitting in court, shouting ‘It’s that little painted Jezebel who has led my sister astray’.

Margaret too was arrested in Preston and she also attended a protest in Leicester in 1909. We also know she visited Eagle House and planted an Ilex Aquifolium Albo Marginata Holly on 3 October 1909. This was shortly after she was transferred to Weymouth, to be organiser for Dorset. Colonel Blathwayt also took a photo of Margaret with Annie Kenney and Mary Blathwayt in his prized Oldsmobile car, Bodo, as well as a portrait image of Margaret wearing a wide smile and a broad necktie in what may be the suffragette colours.